Trial of those who misappropriated NNPC revenues will begin soon - Buhari 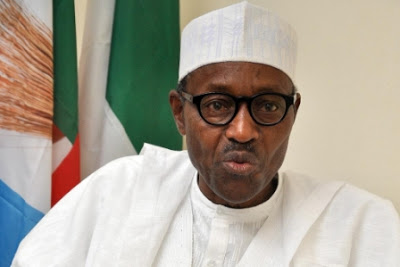 President Muhammadu Buhari Sunday in New York restated his determination to fully sanitize Nigeria's oil industry and make it totally free of corruption and shady deals. Speaking at a meeting with President Xi Jinping on the sidelines of the 70th General Assembly of the United Nations, President Buhari said that a necessary first step in this direction had already been taken with the appointment of a new management for the Nigerian National Petroleum Corporation (NNPC) and its subsequent reorganization.

The President said that the prosecution of those who misappropriated the NNPC's revenue under past administrations will soon commence. President Buhari thanked President Xi Jinping for China's ongoing help in curbing crude oil theft from Nigeria. The President applauded China's interception of shiploads of crude oil stolen from Nigeria, and which were to be sold and proceeds paid into private accounts. "We know your stand on corruption, and we are grateful.

Your continued cooperation in curbing oil theft from Nigeria will be appreciated," President Buhari told the Chinese leader. He also assured President Xi Jinping that under its new leadership, the Nigerian military had been re-trained and re-equipped, and was now making steady gains against Boko Haram. President Jinping told President Buhari that China, which is already involved in Nigeria in diverse areas like railway, airports, agriculture, and in the Mambilla Hydro-power project, among others, will increase its investment in the country's agricultural sector to support the achievement of domestic food security.