Girl-Bride Who Killed Husband & Three Others Goes Dumb In Court 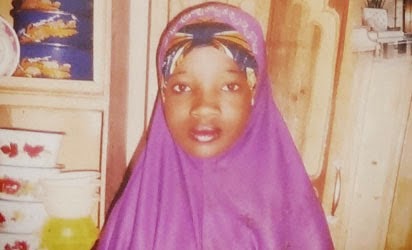 There was a mild drama at Gezawa High Court, Kano, yesterday as a girl-bride, Wasila Tasi, suspected to have killed her husband and three others in April, failed to utter a word in court during her trial.
The high profile culpable homicide case that attracted the attention of the human rights community was nearly stalled by refusal of the 14-year-old suspect to speak.
Consequently, the presiding judge, Justice Muhammad Yahaya was compelled to enter a plea of ‘not guilty’ on her behalf shortly after the charged sheet was read and explained to her in the local dialect.


Wasila, looking perturbed at the dock, was repeatedly asked whether she understood the content of what was read before her, but each time she failed to utter a word as the court registrar ran through the four-count charge of culpable homicide punishable by death under Section 221 A of the Penal Code.

The decision of the court to enter a plea of not guilty on her behalf revived the case as the prosecution counsel, Lamido Abba Soron Dinki, offered to line up five witnesses to prove the merit of the case.

The presiding judge, therefore, adjourned the matter to November 26 and 27 to continue hearing and also ordered that the suspect be returned to remand home.
Vanguard