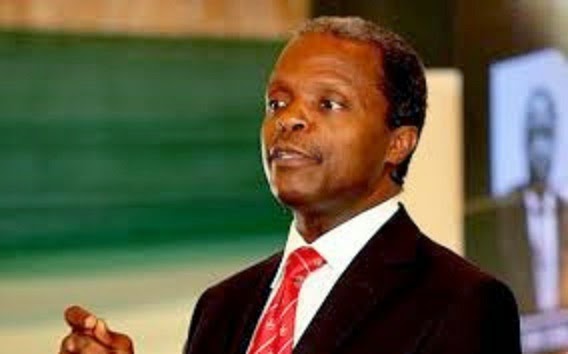 APC Presidential candidate, Gen. Muhammadu Buhari has chosen erudite scholar, former Attorney General of Lagos state, and Pastor with the Redeemed Christian Church of God, Prof. Yemi Osibajo as his running mate for next year's general election.Professor Yemi Osinbajo is a Senior Advocate of Nigeria, SAN and Senior Partner in the Law firm of Simmons Cooper Partners. Yemi Osibanjo is a professor of law and was the head of department of Public Law at the University of Lagos (1997-1999).
His tertiary education was at the University of Lagos and the London School of Economics and Political Science obtaining the LLB and LLM degrees respectively.

Previously served as the Special Adviser to the Attorney General of Nigeria (1988-1992), he later became the Attorney General and Commissioner for Justice of Lagos State in 1999 reappointed for a second term in 2003. During the period of his public service, he commenced the Lagos State justice reform project. A prominent feature of that project was the establishment of the Directorate for Citizens’ Rights (DCR) which provides free legal services and legal representation to indigent citizens of the state. This initiative gave a voice to many who would otherwise not have a way to access their rights.
Prior to that appointment, Osinbajo, a Professor of Law, was the Head of Public Law at the Faculty of Law, University of Lagos.
He is also the Ethics Adviser to the Advisory Board of the African Development Bank and is a non-executive Director of Citibank. He has served in various roles within the United Nations, United Nations Centre on Transnational Corporations, the United Nations African Institute for Crime Prevention, the International Criminal court for Rwanda in Arusha, Tanzania, the department of Peacekeeping operations and the United Nations Peace Operations in Somalia.
Prof. Osibajo is Co-founder & Board Member Convention on Business Integrity and the Justice Research Institute Ltd. In 2007, Prof. and his wife Oludolapo founded “The Orderly Society Trust”, a non-governmental organization that is dedicated to the promotion of Christian ethics and orderliness.
Professor Osibajo has authored, co-authored and edited several books and publications including “The Unification and Reform of the Nigerian Criminal Law and Procedure Codes” ; “Law Development and Administration”; “The Annotated Civil Procedure rules of The Superior Courts in Nigeria”; and “Cross Examination: A Trial Lawyer’s Most Potent Weapon”.
He also pastors at Olive Tree House of Prayer for All Nations, Banana Island, a parish of the Redeemed Christian Church of God and lives in Lagos with his wife and three children.