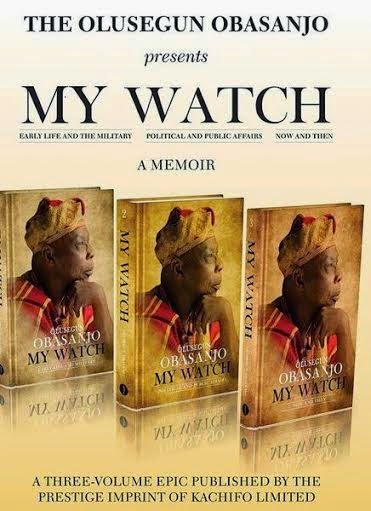 The controversial autobiography of former President Olusegun Obasanjo titled "My Watch" has reportedly sold out just four days after it was officially launched.
An associate to the former President who spoke with Sahara Reporters, said Obasanjo has exhausted the first copies of the book. “Baba sold all the copies that were brought in,” the associate said

The three volume book among many things, critiqued the leadership style of President Jonathan as well as his former VP Atiku Abubakar, Late President Yar'Adua as well former Governors Ibori, Tinubu and Saraki.