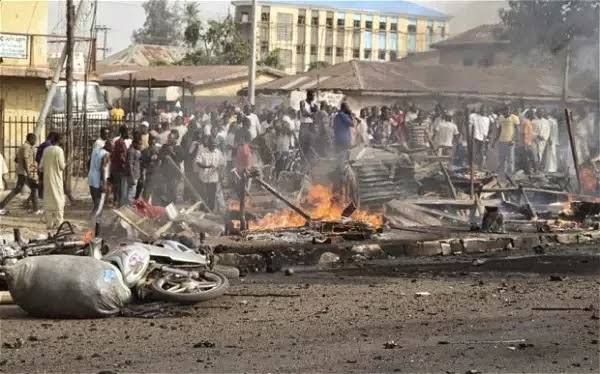 Another bomb explosion has occurred at a market in Bauchi hours after killing 19 this morning at a bus station in Gombe. According to eyewitnesses the bomb exploded near a police outpost inside the market as traders were about closing for the day. The explosion occurred around 5:30pm and witnesses say, at least 15 people have died. Bauchi police spokesman also confirmed the explosion.