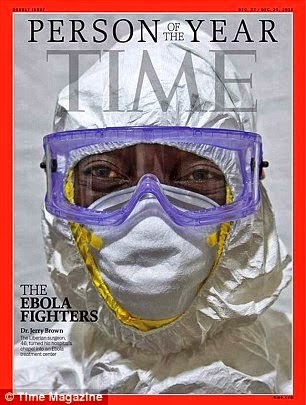 All the doctors, nurses and health workers who have worked tirelessly since the outbreak of the deadly Ebola virus around the world have been named 2014 Time Person of the Year.
At an unveiling ceremony in the US yesterday, TIME's managing editor, Nancy Gibbs, said the men and women were chosen for their 'exceptionally great amount of courage, kindness and bravery' in battling the worst outbreak of Ebola in history. 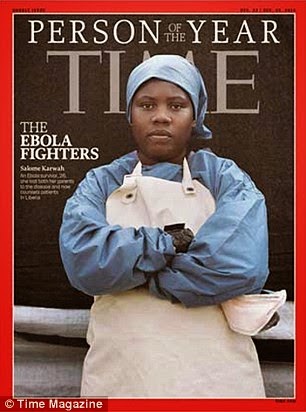 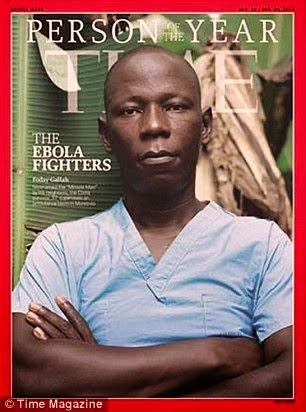 "For tireless acts of courage and mercy, for buying the world time to boost its defenses, for risking, for persisting, for sacrificing and saving, the Ebola fighters are TIME’s 2014 Person of the Year.' Nancy said
. 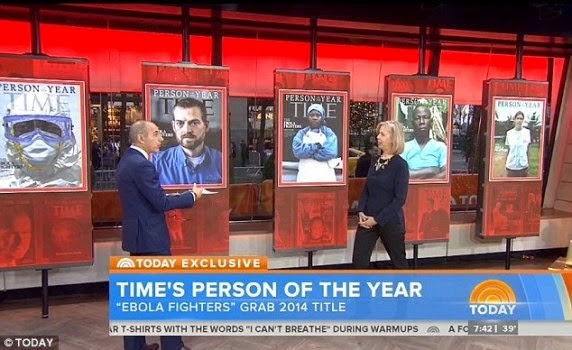 The Ebola Fighters beat the Ferguson protesters to the prestigious title. 3rd was Russian President Vladimir Putin, followed by Masoud Barzani, the acting president of the Iraqi Kurdish Region, and English teacher-turned-Alibaba founder Jack Ma
Posted by Unknown at 12:39