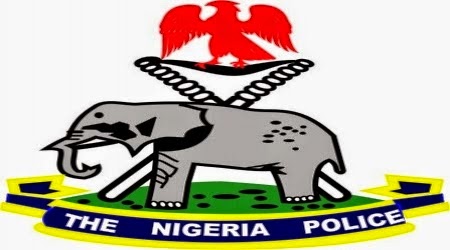 The Divisional Police Officer in charge of the Ijede Police Station, Nwaoha Uzoma, has died.
Our correspondent learnt that Uzoma’s corpse was found in his office on Thursday, a day after he entered and locked himself in.It was gathered that after he did not pick his calls, anxious relatives and policemen in the station broke the door open and saw his lifeless body on the floor.
Punch Metro gathered that Uzoma, a Superintendent of Police, was formerly heading the Anthony Police Division, before he was posted to Ijede, in the Ikorodu area, early in December.The deceased, who was married with children, was in his fifties.

“The DPO was posted from Anthony to Ijede around December 5. At that time, he had an illness, which was not very serious. He was a friendly man who could sometime become angry and that’s when you offend him. But once he showed his anger and you begged him, he forgave and that would end it.
“On the day of the incident, he entered his office and shut himself in. People didn’t suspect anything because he sometimes slept there. People didn’t see him come out throughout that day and then the next day, they called his phone repeatedly but he didn’t pick it.That was how people became suspicious and broke the door. They found his corpse on the floor.”

The police were said to have evacuated the corpse and deposited it in a private mortuary.
Another police source, who claimed to be close to the deceased, told our correspondent that he saw him few days to his death and he was looking healthy.

, “I still saw him at a meeting where he was all smiles and didn’t show any sign of sickness. I was told he slumped and died in his office.”

The Lagos State Police Public Relations Officer, DSP Kenneth Nwosu, while confirming the incident on Sunday, explained that the police had yet to ascertain the cause of death.

“On December 25, at about 8am, SP Nwaoha Uzoma, was found dead in his office at the Ijede Police Station. His corpse was removed and deposited at St. Raphael Hospital morgue for autopsy.”