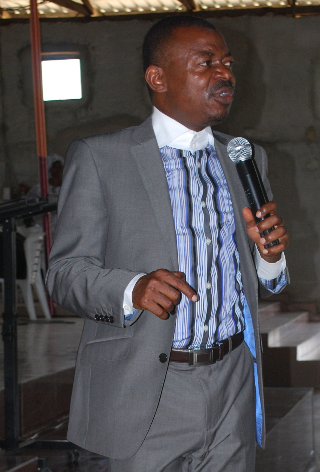 The General overseer of Abuja-based church, Great Calling Ministry, Pastor Francis Irabor was  kidnapped by unknown gunmen while driving along the Lokoja-Abuja Rd in Abuja last weekend
According to reports, the Pastor and his driver identified as Matthew Obamhen were driving in his Prado SUV along the Lokoja-Abuja expressway when a peugeot 406 with a concealed plate number double crossed his car, dragged him out, forced him into the trunk of their car and then sped off.
After the incident, the pastor's driver drove the car to his house in Utako, Abuja and narrated what happened to his family members. The case was reported to the Utako police station. His family say they haven't heard from him or his abductors.