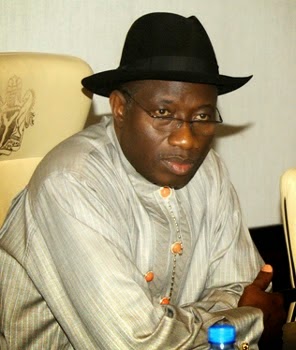 Vanguard reports that ,Details of the president’s tax payment also showed that the president did not earn any other income besides his fixed income as president of the country in that period. There were no indications of income from stocks or other businesses that the president could have had.
Despite earning a regular service of N14, 410, 290.48 in each of the three years, the president tax liabilities however increased in 2012 and 2013 to N2, 510, 775. 77 up from the N1, 242, 670.21 paid in 2011.
The returns were displayed at the office of the Independent
National Electoral Commission, INEC, at Area 10, Abuja.
The income tax clearance certificate from the Federal Inland Revenue Service with Ref no- Abj/MDA/PAYE/09690150 and dated July 2, 2014 were part of the president’s submission as presidential candidate of the People’s Democratic Party, PDP.

The document tagged with: “To whom it may concern,” indicated that the president’s source of income was ‘employment’.

The clearance which was stamped and received in the Legal Services Department of INEC on December 18, 2014, reads- “This is to certify that Dr. Jonathan Ebele Goodluck (Presidency), has paid income tax assessment for the past three years.
Meanwhile, the Code of Conduct Bureau has cleared Vice President Namadi Sambo to contest the 2015 general elections.The letter of clearance was issued by the chairman of CCB, Mr. Sam Saba, to Sambo for the 2011 general elections.
It reads:

“This is to certify that Arc. Namadi Sambo, the Vice President of the Federal Republic of Nigeria, has never breached any of the Code of Conduct for public officers as contained in 5th schedule to (sic) the constitution of the Federal Republic of Nigeria, (1999), and has been declaring his assets as and when due.
He is therefore cleared to contest the 2011 Presidential election.”